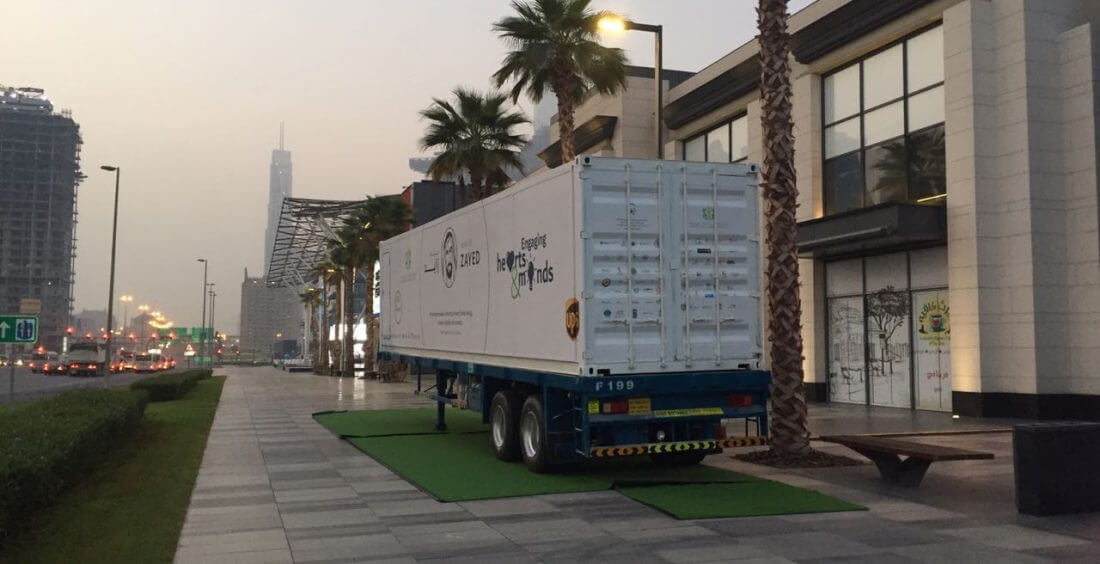 Dubai, UAE – August 17, 2018 — Under the patronage of UN Messenger of Peace and Chairperson of International Humanitarian City (IHC), HRH Princess Haya Bint Al Hussein, wife of His Highness Sheikh Mohammed Bin Rashid Al Maktoum, Vice-President and Prime Minister of the UAE, and Ruler of Dubai, the IHC is organising an awareness campaign in celebration of the 2018 World Humanitarian Day and in conjunction with the Year of Zayed.

The celebrations include the launch of a mobile exhibition showcasing the humanitarian legacy of the late Sheikh Zayed bin Sultan Al Nahyan, the Founding Father of the UAE; It also features the role of IHC Community in addressing humanitarian crisis and emergencies. The initiative, which will launch on the 18th of August from City Walk, aims to engage the hearts and minds of youth in the country and reinforce the spirit of humanitarianism.

The campaign is co-organised by members of International Humanitarian City representing UN Agencies and international humanitarian organisations, including the World Food Programme, Médecins Sans Frontières (Doctors without Borders),  as well as private sector suppliers to the humanitarian community, Agility, Kuehne+Nagel, Allied, and NRS International; the initiative was also supported by UPS.

Over 68 million people around the world have been forced from their homes due to war, violence and persecution. Last year alone, IHC members reached over 80 countries with 855 shipments of humanitarian aid. Founded in 2003, IHC has become the largest humanitarian hub in the world, hosting more than 70 members and supporting them to respond promptly and efficiently to emergencies.

The World Humanitarian Day is held each year on August 19 to commemorate the deaths of 22 people during a bombing of the United Nations headquarters in Baghdad, Iraq, in 2003.