Home94,678 people in UAE join millions around the world in the Stand Up Campaig

94,678 people in UAE join millions around the world in the Stand Up Campaig 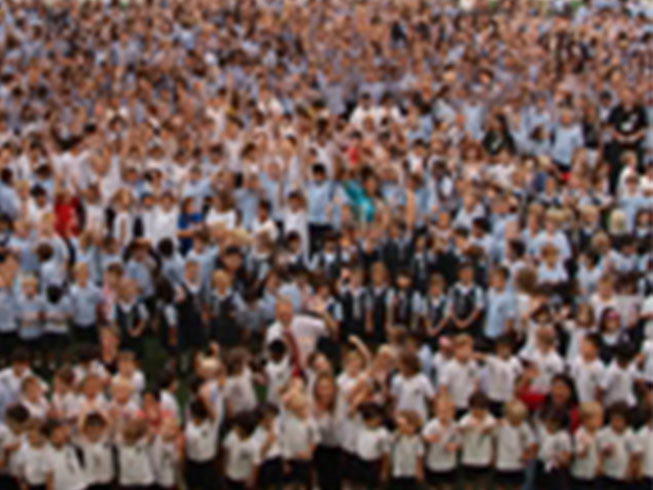 As the deadline closed for the largest number of people Standing Up Against Poverty and Inequality in the world, UAE registered a total of 94,678 people from all walks of life as they put aside their priorities to Stand Up for two minutes and remind their leaders about their commitment to the UNMC Millennium Developmental Goals for 2015. These included 40,100 students from schools and educational institutions, 45,428 from corporations and organisations, 7,500 from labour camps, 875 from banks and 775 at shopping malls.

Hundreds of volunteers from the International Humanitarian city, IAHV and Art of Living worked day and night over the last fortnight in this landmark campaign that brought people from every segment of society onto a single platform to address the most serious issues concerning the world today.

In schools and organisations all over the country, the excitement was palpable as participants found innovative ways to demonstrate their commitment to ending poverty and inequality. In organisations and in malls, people stood in creative formations while taking their pledge towards a better world by 2015. In schools, students made banners and placards drawing attention to poverty, hunger and universal education.

Organised by the United Nations Development Program (UNDP) along with IAHV and the Art of Living. The “Stand Up and Speak Out” Campaign comes with the endorsement of HRH Princess Haya Bint Al Hussein, UN Messenger of Peace and the International Humanitarian City.

At a press conference to announce the results of the campaign last evening, Dr Khaled Alloush, UNDP Resident Representative and UN Resident Coordinator in the UAE, said “ Successful cases demonstrate that MDGs can be attained, only if, concentrated additional actions are taken immediately and sustained until 2015, especially the financial support from developed to developing countries. On the other hand, achieving MDGs requires the full commitment and collaboration of governments, UN and other multilateral organizations, NGOs and the private sector.”

Photograph: Stand Up at the International Academy (Dubai)

Stand Up at International Academy.JPG