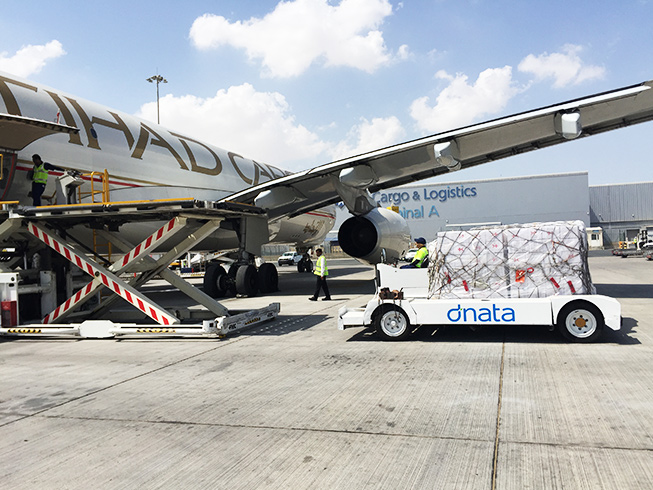 His Highness Sheikh Mohammed bin Rashid Al Maktoum, Vice President and Prime Minister of the UAE and Ruler of Dubai has ordered an aid airlift to Sierra Leone to deliver core relief items to communities affected by a devastating landslide. Following the order, an Airbus A330 aircraft carrying around 50 metric tons of humanitarian aid departed from Dubai’s Al Maktoum Airport for Sierra Leone.

More than 1,000 people were killed and 3,000 left homeless by a deadly mudslide, which swept away homes in and around Sierra Leone’s capital, Freetown, in mid-August 2017; three days of heavy rains had led to devastating floods and a massive landslide.

The aid supplies were sent from the International Federation of Red Cross and Red Crescent Societies (IFRC) stocks at the International Humanitarian City in Dubai (IHC) to bring relief to 5,000 people. Among the relief items on board were blankets, hygiene and kitchen kits, mosquito nets, and tarpaulins.

Returning from a field mission to Sierra Leone, IFRC ‘s Under Secretary General for Programs and Operations, Jagan Chapagain, paid a courtesy visit to the IHC CEO, Giuoseppe Saba. Mr. Chapagain described the situation of many survivors as desperate. “They are struggling to rebuild their lives and critical humanitarian support is still needed,” he said. He also underlined the significant role the Dubai Government is playing in the emergency humanitarian response on a global scale.

Chaired by HRH Princess Haya Bint Al Hussein, wife of His Highness Sheikh Mohammed Bin Rashid Al Maktoum, Vice-President and Prime Minister of the UAE and Ruler of Dubai, IHC coordinated the flight with the strong support of its Board of Directors.

Founded in 2003, IHC is the largest humanitarian hub in the world. It provides tremendous logistics support to all its members and boosts their capacities to respond to crises. Dubai’s commitment, through the support extended by HH Sheikh Mohammed, facilitates emergency response, including aid airlifts to address humanitarian needs rapidly and efficiently.