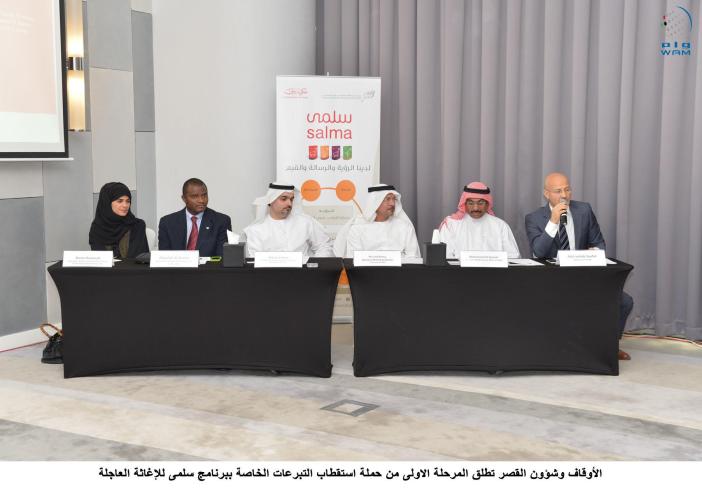 Dubai’s Awqaf and Minors Affairs Foundation’s (AMAF)’s has launched a donation campaign for the Salma food relief programme through which it plans to produce and distribute one million long-life halal meals to victims of wars and natural disasters around the world in 2015.

In 2014, AMAF had distributed 200,000 meals to Palestinians in Gaza Strip at the start of the programme launched by Vice President and Prime Minister and Ruler of Dubai His Highness Sheikh Mohammed bin Rashid Al Maktoum, as a sustainable relief endowment, in cooperation with the International Humanitarian City (IHC) and the United Nations Relief and Works Agency for Palestine Refugees in the Near East (UNRWA) to help those in need around the world and promote the values of humanitarian cooperation and benevolence.

The project, named after the first Emirati female nurse, Salma Al Sharhan (1937-2014), will provide branded pouches that can withstand extreme weather conditions and preserve the food meals for up to three years.

In a press conference to announce launch of the donation drive, Chairman of the AMAF, Hussain Al Qamzi, urged donors to contribute to the drive through money transfers via Noor Bank or through Noor Bank’s ATM machines. Donations are also accepted via SMS messages and the project’s website.

Director of the United Nations World Food Programme (WFP) in UAE, Abdallah Al-Wardat, praised the project for providing an innovative solution to deliver food aid and support the international agency’s efforts to fight hunger and malnutrition during emergencies.