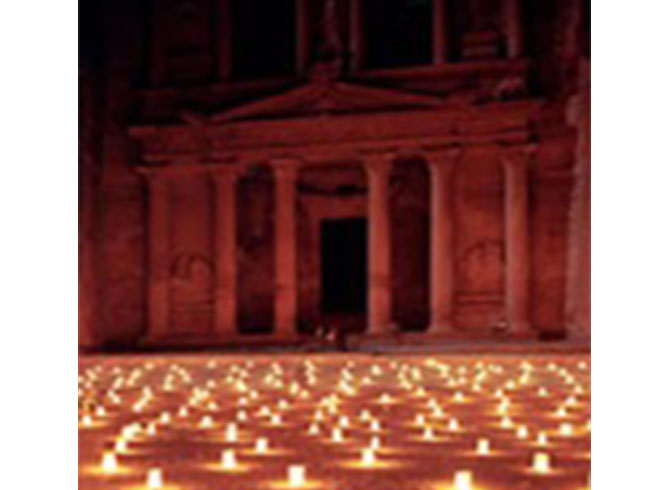 One year since his passing away, a tribute charity concert and memorial ceremony will be held in honour of Italian tenor Luciano Pavarotti at the renowned historical site of Petra, Jordan on 11 and 12 October 2008.

Top artists from the worlds of classical and popular music will perform on Pavarotti’s birthday (12 October) in remembrance of his great talent. Key humanitarian figures will also be present at the memorial ceremony the night before, bearing witness to his dedication to humanitarian work, especially as a United Nations Messenger of Peace.

This unique and first ever charity and memorial concert for the Maestro will bring top artists who performed with Pavarotti at the “Pavarotti & Friends” charity concerts in his hometown of Modena, the line up of the performers will be announced at a press conference early September of 2008. The concert in Petra will be produced by world renowned impresario Harvey Goldsmith CBE.

Holding this tribute was the idea of Nicoletta Mantovani, Pavarotti’s widow and HRH Princess Haya, the late King Hussein’s daughter who is also a UN Messenger of Peace and knew the Maestro well through their shared involvement in the equestrian world, as well as his friendship with her late father.

“A concert in Petra was a dream once shared by the late King Hussein of Jordan and Luciano,” explained Nicoletta. “I am so grateful to Her Royal Highness Princess Haya, for making it possible to turn this dream into a reality.”

The proceeds of the concert will support joint projects in Afghanistan by the UN High Commission for Refugees (UNHCR) and the UN World Food Programme (WFP). A local charity supporting disabled children in Petra will also benefit from the concert.

The government of Jordan has granted the permission for the memorial ceremony and concert at the UNESCO World Heritage Site of Petra on an exceptional basis, in acknowledgement of the Maestro’s iconic status in the music world and of his special relationship with the Jordanian royal family.

While the memorial ceremony will be held at the wondrous Petra Treasury site for a select group of dignitaries, friends and family, the concert itself will be held at an adjacent Bedouin camp within the historical site respecting the fragility of ancient Treasury, and will be broadcast internationally.

To know more about this event, go to.