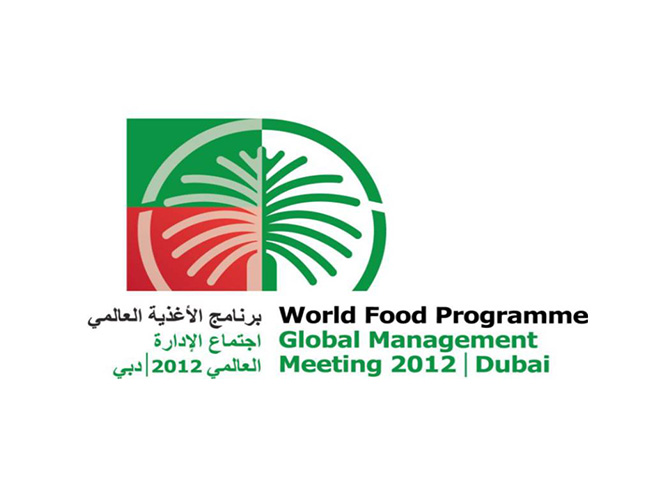 WFP is the world’s largest humanitarian agency and the food assistance arm of the United Nations with an annual budget of $3.8 billion and offices in more than 90 countries. It provides food assistance in areas of conflict such as Gaza, Afghanistan and Syria, in natural disasters like the recent flooding in Haiti after Hurricane Sandy, and in development projects such as school feeding and other targeted interventions to improve nutrition among vulnerable groups in the developing world and targeted food assistance for work programs that create community assets. In 2011, serving 75 countries, WFP provided food assistance for 99.1 million people, of which 64 percent were children.

Ertharin Cousin, WFP Executive Director, stated, “We are deeply grateful to the United Arab Emirates and Dubai for their generous support allowing us to convene this meeting for the first time in this region. As our important and valuable partners, the Gulf States are playing an ever greater role as leaders in the international humanitarian and development arenas. This gathering provides an opportunity to further build our relationship and to learn how we can better achieve our collective objective of a world free from hunger”.

The United Arab Emirates is one of only a handful of donors worldwide to meet the United Nations target for development assistance and Dubai has grown to become the world’s largest logistics hub for the provision of humanitarian aid since HH Sheikh Mohamed Bin Rashid Al Maktoum established the International Humanitarian City (IHC) in 2007. The IHC now hosts 9 UN agencies and more than 40 major international NGOs and commercial organizations working in the humanitarian aid and emergency response. In addition to its role as a depot for storage of aid, the IHC hosts trainings and conferences and provides temporary accommodations for UN staff during major emergencies and evacuations from areas of conflict.

Shaima Al Zarooni, CEO of the IHC, welcomed the participants. “We are so honored to have WFP staff gathered here in Dubai. WFP was the first UN member of the International Humanitarian City and remains our largest user. They are facing such incredible challenges today — the Syrian crisis, meeting food shortfalls in West Africa after a major drought, providing food to 648,000 Palestinians. WFP’s Country Directors often work in such difficult and dangerous surroundings. We wish them a productive meeting, but they also deserve a little Dubai — everyone does.”

Both the World Food Programme and the IHC expressed their appreciation for financial and logistical support given to the nearly 200 participants from Emirates Airlines and the Atlantis the Palm Hotel. “The UAE has a strong record of corporate donations for humanitarian aid and we are so grateful to Emirates Airlines and Atlantis the Palm Hotel for stepping forward to offer their support,” said Ms. Al Zarooni.