HomeExperts call on real estate industry to be green conscious

Experts call on real estate industry to be green conscious 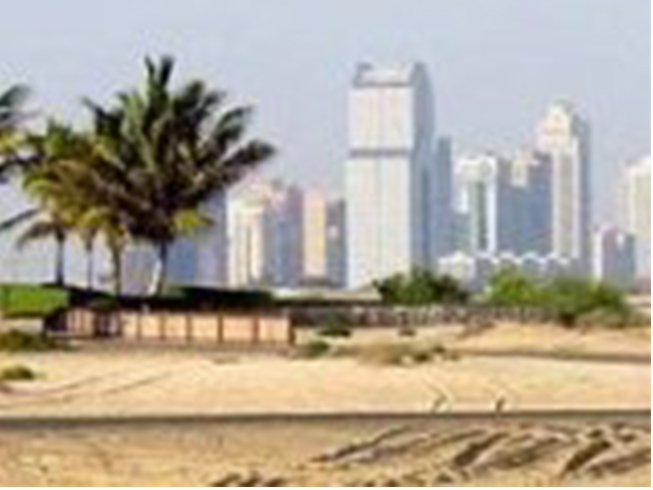 In the backdrop of the massive realty boom that is reshaping the desert landscape of the UAE, organisers of the `Mission Green Earth: Stand Up and Take Action 2008″ campaign and environmental experts today called on the real estate industry to be green conscious and embark on building projects with sharp focus on sustainable living to ward off catastrophic impact on environment in the future.

The organisers of the campaign, quoting experts, said that it is high time that the real estate developers and regulators take environmental concerns seriously and mitigate the negative effect of such massive construction activity on the fragile ecosystem of the desert. The UAE has made LEED (Leadership in Energy and Environmental Design) certification norms mandatory, but organisers said there is need for rating tools for assessing the green efficiency of a building as well as dedicated endeavors to follow sustainable landscaping methods.

According to environmental experts, the huge spree of real estate development taking place in the UAE has no precedence and the shaping and reshaping of the land on such a massive scale has led to a topographical situation of `Disturbed Landscape”, which could lead to ecological imbalance and consequent travails that will impact negatively on sustainable living.

“There are two important ways in which the UAE is different. First, this land is a desert. This is a fragile ecosystem that requires a lot of sensitive understanding and care. Second, the projects here are reshaping the landscape on a scale not witnessed before. The created land is essentially dredged barren coral sand, taken from the sea. Thus, it not only impacts the land but also the sea floor. It results in disturbance on a massive scale, hence the term `Disturbed Landscapes,” but that does not mean that there is no scope for development or that they cannot be converted into `Sustainable Landscapes,” said Dr. Prabhakar Rao, Chief Operating Officer, and International Association of Human Values (IAHV), one of the organisers of the Mission Green Earth Campaign.

The Mission Green Earth campaign held under the patronage of UN Messenger of Peace HRH Princess Haya Bint Al Hussein, Wife of HH Sheikh Mohammed bin Rashid Al Maktoum, Vice President and Prime Minister of the UAE, Ruler of Dubai, with the support of UNDP, UNEP and the International Humanitarian City (IHC) has attracted thousands of people so far who have registered their interest and pledge to pursue sustainable living on.

The campaign, organised by the IAHV and Art of Living (AOL) with the support of Barclays Bank envisages one million the UAE residents rise in unison, standing up for sustainable environment and living during the three days of October 17, 18 and 19 2008.

Indicating that there is less emphasis on changing `Disturbed Landscapes” to `Sustainable Landscapes,” Dr. Rao said that priorities of real estate developers get shifted when projects are on the ground. “If you observe any of the completed projects, aesthetics gets the highest priority with cost, environmental Impact and sustainability following in that order. It means that while the original vision may have been right, by the time the project is completed, the factors that drive it are different from the original intent.”

“When you observe the external landscaping, it is predominantly face-value driven with emphasis on a “Look-Good” feel. The developers are willing to spend, but somehow sustainability slips to the lowest level of importance,” he added.

Echoing the concerns and the need to be sensitive to environmental concerns, Mr. David Gottfried, Founder of the US and World Green Council, and who developed the LEED Green Building rating system to define Green buildings, said: “Dubai has an incredible opportunity, it is building like crazy and if it misses this opportunity, it will not only hurt the earth but those buildings when 40-50 years old will only increase CO2 and other pollution.”

Commenting on the threats to environmental sustainability in the region, he said: “First, we have already embarked on hundreds of buildings that are not green. We lost those in terms of their design and construction. However, we can catch those somewhat if we go through greening of operations and maintenance, maybe water efficiency, energy efficiency and air quality. The second barrier is the typical developer mentality- perceiving green as a cost increase, a risk and a liability.”

Mr. Gottfried said that Green buildings can bring more value to investment. “The need is to educate, train, develop and open minds. What the data is showing in North America is that those who embrace green buildings are achieving higher rental rates, lower expenses and better sales prices. At the end of the day, a green building is making them more money. So we need to wake up and that is my mission.”

He said that the Government of Dubai is moving in a very positive direction on Green buildings, but the effort should be to move to higher levels. “I would like them to “require” at higher levels. If you look at LEED, I would say we need a minimum LEED Silver for this country. There should be significant incentives to go to the higher levels, so if you go to LEED Gold maybe you get a fast permit, you go to the front of the line. If you go to LEED Platinum, you get to build 2 more storeys on your building. If you go beyond the Platinum, towards a carbon/ water/ waste neutral or zero building, maybe you get other incentives or cash,” Mr. Gotfried said.

The environment expert also said there is a case to advocate green procurement across the region and have cost efficiencies by bringing things like solar energy to be incredibly cost effective. “Here we have so much solar we should be able to generate beyond our need and still benefit financially. We should also be super water efficient because water is a dear commodity, especially in the desert,” Mr. Gotfried said.

On green landscaping, he highlighted “Zeroscaping” where no potable water is used. “First rule is that you grow only native plants that are drought tolerant, such as cactus and others. This is the highest used methodology. Second tier would be to capture your gray water from your sinks, baths, showers and filter it on site and then use that for landscaping. We have cisterns or barrels to capture water and then you use that for landscaping.”

Mr. Gotfried also suggested that solar hot water is the smartest idea for UAE and the Gulf region. “Every home should have its hot water heater on the roof. There should be governmental program to install it in every building within 2 years. Even to cool things you should explore geo-thermal opportunities by running the air underground to have heat extraction,” he added.

Mission Green Earth: ONE CAMPAIGN – TWO CHALLENGES
This year’s Mission Green Earth campaign aims to mobilise and engage UAE residents, collectively and individually, in support of a sustainable environment through two challenges.
1>> Stand Up – All over the country, residents will Stand Up in their homes, communities, schools and colleges, organisations and institutions and read a pledge in support of the Millennium Development Goals with a focus on environmental sustainability. The Stand Up will be reported along with a photograph to be added to the global count for the Guinness Book Record for the largest number of people standing up for a cause.
2 >> Take Action – Participants will take action through actively committing to conserve energy and water and reduce waste. They will also be motivated to plant trees and plants that require lesser of the earth’s natural resources, including valuable water, for their survival and maintenance.
To participate and learn more about MISSION GREEN EARTH, go to.