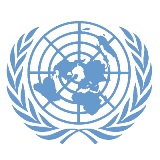 •On 11 and 14 January, two UN/ICRC/SARC convoys simultaneously delivered humanitarian assistance to Madaya/Bqine and Foah/Kafraya for 40,000 and 20,000 people under siege respectively.

•During these missions, UN/SARC/ICRC teams confirmed cases of severe malnutrition in Madaya and related deaths.

•Several cases require urgent specialised care outside of Madaya. While 10 people were evacuated in the last days, approvals for the evacuation of others remains pending.

• More than 400 cases have been assessed. Mobile clinics and medical teams have been allowed in to treat those who can be treated inside.