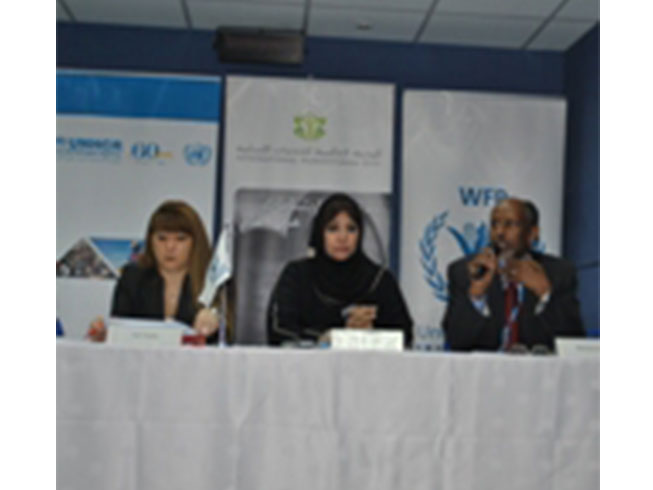 The International Humanitarian City based United Nations Agencies” representatives appealed today to the donor community in the country and in the Gulf to support the UN’s regional response to the humanitarian situation for populations affected by the political turmoil that swept through North Africa.

Directors from the United Nations World Food Programme (WFP), the UN High Commissioner for Refugees (UNHCR) and the UN Office for the Coordination of Humanitarian Affairs (OCHA) discussed the current response with members of the humanitarian community, outlining ways in which the community can partner together to enhance support.

WFP’s office in Dubai is mobilising resources from the agency’s humanitarian depot in the Dubai International Humanitarian City to respond to the crisis. “We are already preparing non-food items and telecommunications experts to support the North Africa regional emergency,” said Mohammed Diab, WFP Representative and Country Director in the UAE. “An information technology specialist has already been deployed to lead the inter-agency response in Libya in addition to dispatching over US$175,325 worth of equipment including radios, satellite phones and computers.”

UNHCR estimates that more than 280,000 people have crossed the Libyan border mainly into Tunisia and Egypt. “While the number of people fleeing Libya continues to rise – including 2,250 arriving at the Egyptian border on Monday and a daily average of 3,000 arrivals at the Tunisian border since last Friday – the overall pace was slower than anticipated,” said Brigitte Khair Mountain, Senior Advisor and Head of UNHCR’s Abu Dhabi External Relations Hub. The UN refugee agency has raised renewed concerns about people being prevented from leaving Libya as fighting intensified in recent days. “In Tunisia over 16,000 people at the border camp are awaiting onwards transportation or other solutions,” she added.

“We are very closely following the situation across the North Africa region,” said Mukhtar Farah, Head of Liaison Office for OCHA Regional Office for Middle East, North Africa and Central Asia. “Mr. Rashid Khalikov has been appointed as the UN Humanitarian Coordinator (HC) for Libya and he has visited the country to negotiate humanitarian access and intervention with the government. Coordination hubs for relief assistance have now been established at Tunisian and Egyptian border locations.”

While the combined efforts of WFP, UNHCR and OCHA, have made a major contribution to the world’s efforts to support the humanitarian needs of people suffering from this emergency, further supplies are still needed. The UN and its partners launched a “Flash Appeal” on March 5 seeking US$160 million from the international community to assist up to 400,000 people leaving the country and an anticipated 600,000 people inside Libya. Donations pledged to date, have only raised 48% of this funding leaving a potentially deadly shortfall.