In Cooperation with Hashemite Charity Organization and UNRWA 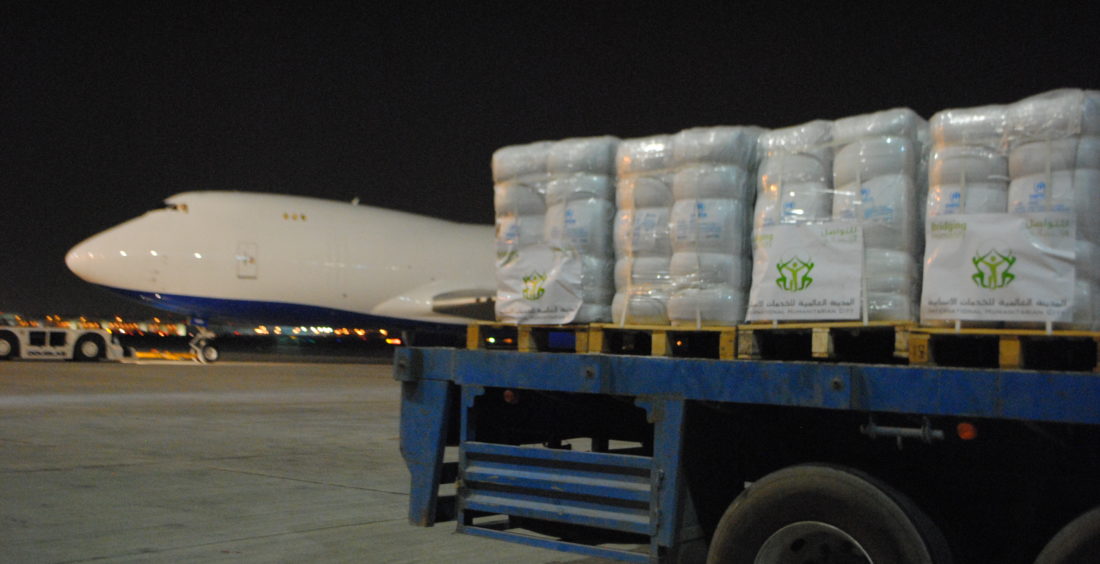 Under the directions of HH Sheikh Mohammed Bin Rashid Al Maktoum, Vice-President and Prime Minister of the UAE and Ruler of Dubai, and with more than 200,000 Gazans in temporary shelters in schools and other facilities run by UNWRA, the flow of aid from Dubai continued with two flights today raising the total for the aid operation from the International Humanitarian City (IHC) to 22 flights — six by Boeing 747 freighters and sixteen by C130s. After delivery by air to Amman, Jordan, the Hashemite Charity Organization and UNRWA continue to work around the clock to ensure efficient delivery into Gaza.

The total value of the operation authorized by HH Sheikh Mohammed, and weighing in at over 600 tons, has climbed to roughly $7 million. Over 105,000 blankets and 53,000 sleeping mats were among early shipments requested by UNWRA from UN agency stocks at the IHC as families fled apartments in bombed out buildings. More than 8,250 hygiene kits were dispatched to help with the problems of overcrowding and prevent the spread of disease. High energy biscuits worth more the $25,000 were shipped for the World Food Programme to help address immediate food needs, especially among children. The airlift has also contained medicine, first aid kits and surgical supplies including antibiotics,analgesics and antiseptics for WHO valued at more than $500,000.

The supply and distribution of water has become critical and the air shipments contained 7200 jerry cans to carry water. In a separate donation, HH Sheikh Mohammed has donated 10 water trucks valued at $1 million to aid distribution of water supplies within Gaza. The most recent flights carried 80,000 Salma Halal ready-to eat meals donated by HH Sheikh Mohammed and generators donated by the Emirates Red Crescent  After the Israelis destroyed Gaza’s only large-scale power plant, the electricity supply has been disrupted and this is seriously impeding aid efforts and daily life.

As many Gazans are expected to remain in shelters because their homes were destroyed in the Israeli bombardment, UNWRA anticipates continuing needs for food, medicine, water and other aid supplies, but there will be a gradual shift from air transport to trucking to reduce the costs of delivery, conserving funds for additional aid deliveries in the coming months.