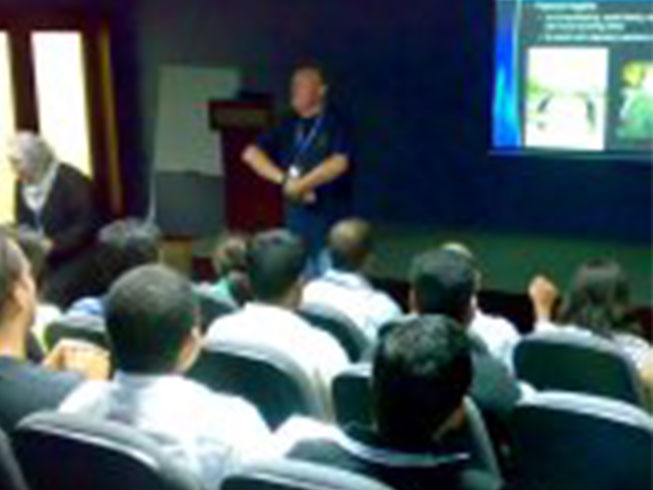 On August 17-20th, 2009 it hosted a series of workshops on its premises for its members on influenza A (H1N1), more commonly known as ‘swine flu”, which has spread across the globe. Conducted by an international trainer from the World Food Programme (WFP) as part of the UN’s established policy to
conduct relevant awareness and information courses when necessary, the workshops were open to IHC members – which include more than 50 organizations comprising of UN agencies, international, regional and local NGO’s and companies supporting the humanitarian sector. The workshops informed the participating members of the nature and causes of the pandemic, its symptoms and treatment as well what preventive measures should be taken by individuals and communities.

Swine Flu, or a strain of the influenza type A virus known as H1N1, is a respiratory disease. It is similar to the strain that causes the seasonal flu that breaks out regularly, the difference being that it has never before circulated among humans. The training stressed that there was no need for panic, and that simple preventive measures are highly effective. According to technical specialist and international trainer Allen Rooke, who conducted the workshops, “Prevention is better than cure. By this I mean that a few very basic changes to our personal hygiene habits and spreading the word on these matters will have a major effect in reducing the spread of the H1N1 virus. Washing your hands more often, educating your family and relatives and monitoring your own and your families health on a regular basis [is important]. If in doubt talk to a health professional.”

According to Ms. Makiya Al Hajiri, CEO of International Humanitarian City, “During times of natural disasters and/or crises, IHC works towards spreading awareness and information through workshops on critical issues that face individuals, the community and humanitarian workers who serve the field, such as the workshop on the H1N1 flu that just concluded on our premises.”