HomeMission Green Earth: One in 11 people in Dubai reports STAND UP

Mission Green Earth: One in 11 people in Dubai reports STAND UP 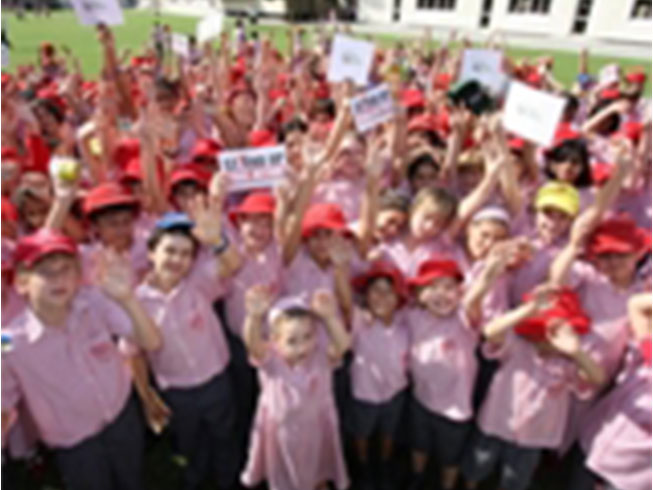 The Mission Green Earth: “Stand Up and Take Action 2008” campaign concluded late yesterday, with one in 11 people of Dubai and a total of 137,711 people across the UAE confirming participation in the Stand Up challenge so far. The counting is still on and the final number of participants will be announced later this week, as participants are still in the process of submitting their reporting forms and photos.

The thousands of people who already reported their participation  in the Stand Up include  68,039 students, 45,262 employees of companies and organizations, 5,170 members of social clubs, and 17,833 other  people  who  joint Stand Up sessions in malls, super markets and in individual capacity.

The participants at the Stand Ups took solemn pledge to pursue sustainable living and remind their government of its commitment to achieve the Millennium Development Goals (MDGs) by formulating sustainable development policies for a greener future and further social responsibility.

In a concluding ceremony attended by a host of dignitaries including the UAE Minister of Environment and Water, His Excellency Dr. Rashid Ahmad Bin Fahad, the campaign organisers said the success of the “Mission Green Earth: Stand Up & Take Action” brought to light the deep and growing concern UAE residents from all walks of life share in protecting the environment and leading a more responsible and sustainable life.

In a recorded message at the ceremony, UN Messenger of Peace HRH Princess Haya Bint Al Hussein, Wife of HH Sheikh Mohammed bin Rashid Al Maktoum, Vice President and Prime Minister of the UAE, Ruler of Dubai, who is the patron of the campaign, said: “This is not just another green campaign; this is about saving and enhancing human lives because we know that those who will be hardest hit by climate change will be those who are already the most vulnerable in our societies. For their sakes environmental sustainability should be central to our decisions and lifestyles, not just an afterthought.”

“We want the UAE to benefit from our attention to sustainability but let’s also be responsible world citizens because the reality is that while we take life’s perks for granted, many in our world are suffering. We enjoy abundant water but in other parts of the Drylands; people like us are on the brink of fighting for water. We enjoy the energy to power air-conditioned surroundings at work, home and leisure places but in some places just providing the energy to provide light and clean fire would provide hope for the future,” she added.

The culminating three days of the campaign – October 17, 18 and 19, 2008 – saw a number of group Stand Up sessions. Among the participants, governmental bodies including ministries and municipalities of different emirates, humanitarian organisations, leading corporations, schools and universities, hospitals, supermarkets and retail outlets, joint thousands of families and private initiatives in this symbolic movement against poverty and inequality, with a focus this year on environmental sustainability. The Mission Green Earth campaign has been organised by International Association for human Values (IAHV) and Art of Living (AOL) with the support of UNDP, UNEP, the International Humanitarian City (IHC) and Barclays Bank PLC.

Commenting on the campaign and the significance of MDGs, Dr. Khaled Alloush, UN Resident Coordinator, said: “The Stand Up and Take Action Campaign this year is another catalyst act of the United Nations towards achieving the Millennium Development Goals (MDGs). This year’s main focus on the promotion of MDG 7: ensuring environmental sustainability reinforces the notion that reducing poverty and achieving sustained development must be done in conjunction with a healthy planet. The Millennium Development Goals are our roadmap to promoting human freedom and to recognizing that environmental sustainability is part of global economic and social well-being.”

Campaign organisers said the response to the campaign was across the board. The support from governmental institutions was evident from the participation of the Ministry of Environment, municipalities of Dubai, Abu Dhabi, Sharjah and a host of others. A number of corporate houses also undertook Stand Up sessions including ETA Ascon, EMKE Group of Abu Dhabi, Al Fara’a Group, BMW, Wafi Group, Jashanmal and Jumbo.

Commenting on the participation of Barclays Bank PLC as the lead sponsor of the event, Mr. Ahmed Khan Chief Executive Emerging markets Global Retail and Commercial Banking, Barclays Bank Plc, said “Environmental sustainability and in particular addressing environmental landscaping in the UAE has been identified as one of Barclays key corporate responsibility objectives. This objective is perfectly complimented by our involvement with Mission Green Earth: Stand Up and Take Action campaign. We are honoured to be part of this wave of change and I am confident that our efforts will have sustainable effects for generations to come. However our support does not end tonight, on the contrary it has just gained momentum.”

This year’s campaign aims to mobilise and engage UAE residents, collectively and individually, in support of environmental sustainability and sustainable living through two challenges.