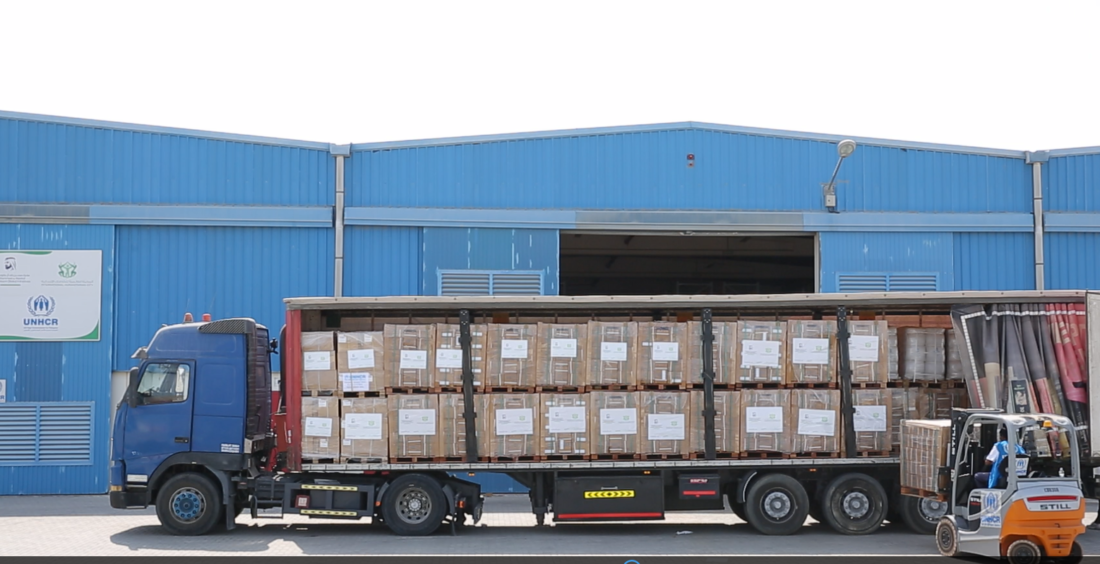 A UAE plane carrying over 100 tonnes of aid will leave for Entebbe, Uganda, early on Sunday to deliver vital relief supplies to more than 60,000 South Sudanese refugees who have flocked to the Ugandan border, fleeing from the conflict in South Sudan.

This immediate response follows the directives of Vice President and Prime Minister and Ruler of Dubai, His Highness Sheikh Mohammed bin Rashid Al Maktoum, to ease the suffering of the refugees in Sudan.

Reports suggest that the number of refugees may increase, based on the continuing flow of people to the border region.

She reiterated that the UAE assists stranded people who need aid, irrespective of their religion or ethnicity.

The IHC has taken steps to transport the aid, in response to the directives of Sheikh Mohammed bin Rashid Al Maktoum.

The city, through its cooperation with a wide range of strategic partners from international humanitarian organisations, continues to provide support to alleviate the suffering of those affected by disasters and crises.

The aid to be transported by air from Dubai to Entebbe will benefit more than 60,000 refugees on the South Sudan- Ugandan border. The relief items will be transported by road from Entebbe to the border area, where they will be distributed to the refugees, in collaboration with the Ugandan aid authorities. The aid includes basic food items and will be distributed to children, infants, women and the elderly.

According to United Nations High Commissioner for Refugees (UNHCR) figures, more than 373,000 refugees (180,000 in 2016) have fled the conflict in South Sudan for Uganda. In the past week alone, 25,000 refugees reached Uganda.