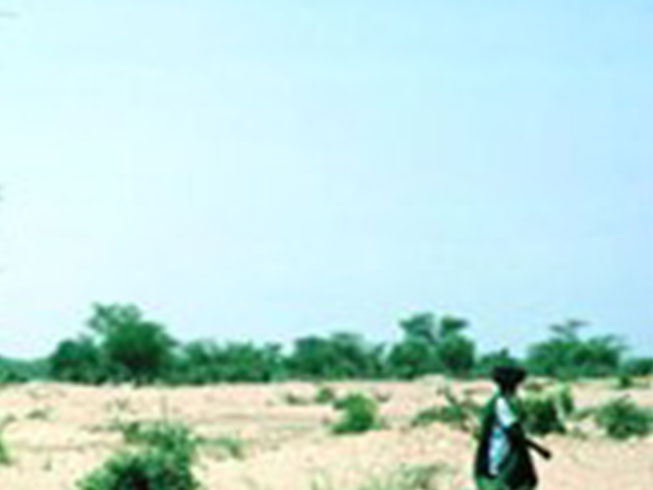 Under the auspices of the Global Humanitarian Forum, HRH Princess Haya Bint Al Hussein, wife of HH Sheikh Mohamed Bin Rashid Al Maktoum, Vice President and Prime Minister of UAE, Ruler of Dubai co-hosted the Drylands meeting in Dubai along with Professor Jeffrey D. Sachs, Director of the Earth Institute of Colombia University. The meeting taking place in Dubai discussed scoping out large-scale local and global responses which are commensurate with the enormous challenges faced by the drylands with a focus on the large band of drylands which stretches across the Sahel, the Middle East, and Central Asia. The meeting adopted a science-based, global, humanitarian, and holistic approach.

In Her opening speech, HRH Princess Haya spoke of the significance of the meeting especially to the Arab region as drylands constitute over 50% of the land. Adding that this gathering provides a unique venue to engage in dialogue, brainstorm, and exchange knowledge.

Referring to the low rank countries within the dryland belt score on the UNDP Human Development Index, Princess Haya said that these countries carry the burden of scarce water and land resources and are struggling to overcome widespread poverty and destitution. She said that “What we have today is an opportunity to help both those most vulnerable as well as one of the most beautiful ecosystems on earth”.

Recognizing the at the issue of drylands and the need to reversing climate changes to help better the humanitarian conditions of people living in these areas, Princess said that the task is not an easy one adding that “It needs collaboration from governments, civil society organizations, UN agencies, private sector companies, and scholars to reach our objective. Above all it needs the political will, adequate financial resources, and skilled human capital.

Many important points were highlighted during the Drylands meeting as climate-induced changes are coming on top of a range of severe problems. These problems include rapid population growth, degradation of grasslands, extreme poverty, massive population displacements, the lack of viable livelihoods, and often increasing violence and breakdown of social cohesion. Nowadays, Dryland regions are experiencing extreme climate stress and need an immediate help to adapt. Most urgently, people and livestock need assured water supplies.

Solutions to the Dryland problem came at different levels; some areas can be helped through boreholes that tap underground aquifers. Other areas, rivers or seasonal surface runoff can be used for irrigation. Still other areas, longer-distance water pipelines might be necessary. In all cases, the world community will have to help pay the costs, since the dryland countries are too poor to bear the burden on their own.

Professor Sachs was the Director of the UN Millennium Project and Special Adviser to Former United Nations Secretary- General Kofi Annan on the Millennium Development Goals from 2002 to 2006. Now, Professor Jeffrey is also the Special Adviser to United Nation Secretary-General Ban-Ki moon. In April 2004, and again in April 2005, Professor Sachs was named as one of the 100 most influential people in the world by Time Magazine.

The Global Humanitarian Forum launched last month in Geneva, aims at building a stronger global community to better meet the needs of vulnerable groups, particularly those in least developed countries. Its efforts are structured towards generating action, and are expected to achieve the many objectives such as, an enlarged support base for humanitarian action, new and creative partnerships across various sectors, increased investment in preparedness and prevention.