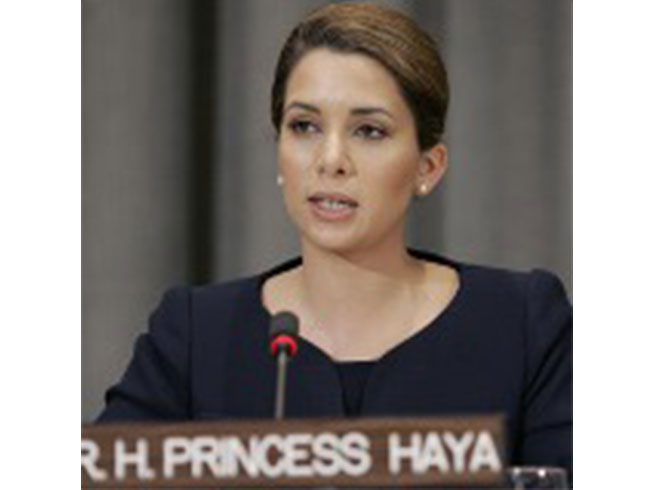 Jordan’s Princess Haya, a UN messenger of peace, warned on Sunday that growing Arab anger and frustration over Israel’s war in the Gaza Strip, could spiral out of control.

“I think the frustration on the Arab street, the humiliation, the hurt, the anger and the sadness are something that can”t be kept under control very easily in the near coming future if this (war) continues,” Haya told AFP in telephone interview.

“This is another threat that the world has to look to. We have seen people’s demonstrations and we have seen angry ones but, I mean, they will become angrier.”

Princess Haya, daughter of the late King Hussein and wife of Dubai’s ruler Sheikh Mohammed bin Rashid al-Maktoum, said the “world is not listening” to reason in the region.

“Solving the Palestinian problem is key to solving all the issues in the region. But if they (the world) don”t listen to people when they are being reasonable, what’s left? They will be blamed for being unreasonable,” she said.

“I am frustrated like the people (in the region) that nothing is being done.”

“We are supposed to send 15 trucks of aid to Gaza every day starting today,” she said, adding that each truck carries 5,700 food packages.

“But I have just heard that the Israelis are reducing the capacity of each truck by 10 percent.
“Why would they need to take 500 food packages of each truck? One package can feed three people for a month.”

“I am frustrated like the people that nothing is being done. It’s nearly impossible to operate and the world needs to stand up and say this,” she said.

Jordan, which signed a peace treaty with Israel in 1994, is sending daily aid shipments to Gaza, where the 16-day-old war has so far killed around 880 Palestinians.