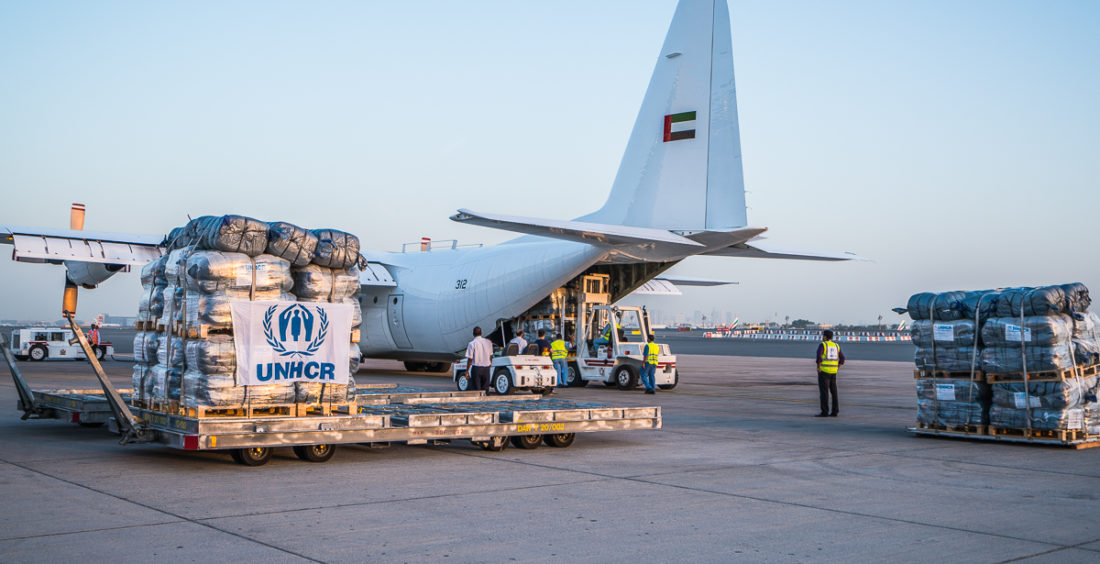 The United Arab Emirates generously responded to UNHCR’s appeal to alleviate the conditions of asylum seekers and refugees in Greece. Vice President and Prime Minister of the UAE and Ruler of Dubai, His Highness Sheikh Mohammed bin Rashid Al Maktoum, ordered to fund and facilitate a bridge of airlifts of humanitarian supplies from UNHCR’s global stockpile in Dubai to refugees and asylum seekers in Lesbos, Greece. This urgent delivery of aid comes at a critical time when refugees start preparing for harsh winter conditions, freezing temperatures, rain and storms, which reach many parts of Central and South Eastern Europe.

UNHCR’s Acting Regional Representative to the GCC Countries, Dr. Nabil Othman, praised the humanitarian response saying, “In a clear demonstration of humanitarian leadership, His Highness Sheikh Mohammed Bin Rashid Al Maktoum assistance to UNHCR, and those that have risked their lives to reach safety, is truly remarkable. This important and unstinting gesture by His Highness through the International Humanitarian City (IHC) will serve to improve the difficult living conditions refugees and asylum seekers are facing. For many, the choice to embark on such dangerous journeys give their children a chance of survival and safety.”

The air bridge started its operations from Dubai Royal Airwing on the 27th of October where four aircrafts were used including Boeing 747 and C130 in route to Thessaloniki airport. The total airlift contained around 90 metric tonnes of blankets with a value of US$ 366,240.

It is estimated that, this year alone, sea arrivals to Greece have surpassed the half-million mark. The latest figures from Greece bring the total number of refugees and asylum seekers crossing the Mediterranean this year to some 752,000 including almost 609,000 to Greece, 140,200 to Italy and 2,797 to Spain. This year alone, nearly 3,440 people have drowned or gone missing. Yet, the number of people arriving in Europe is expected to continue to rise.