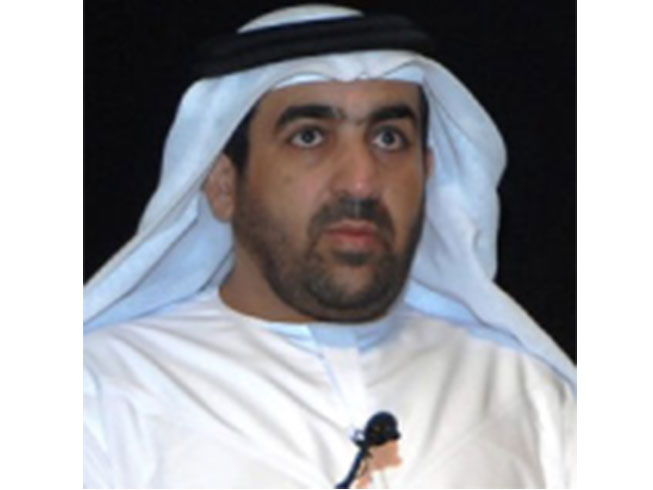 Kicking off the “Mission Green Earth – Stand up and Take Action 2008” campaign one day earlier, the UAE Ministry of Environment and Water today organised a Stand Up session for its employees to pledge to pursue and promote sustainable living and environment.

The Stand Up session was led by His Excellency Rashid Ahmad Bin Fahad, Minister of Environment and Water for the United Arab Emirates, along with Ministry employees stood up for the cause in Dubai, indicating a robust response to the Mission Green Earth campaign, which will culminate in the next three days – October 17, 18 and 19th, 2008 – across the UAE, with a grand closing ceremony in Dubai on the last day.

Commenting on the response, Rugmani Prabhakar, country coordinator for the campaign, said a number of Stand Up sessions are being organised in the next three days by governmental entities as well as private sector companies. “The response has been excellent and a number of leading corporate houses are in the process of organizing their own Stand Up sessions.”

She said that as part of the campaign and to offer UAE residents to take part in the noble cause, the municipalities of Abu Dhabi, Dubai and Sharjah will hold public Stand Up sessions in the three emirates.

The campaign is organised under the patronage of UN Messenger of Peace HRH Princess Haya Bint Al Hussein, Wife of HH Sheikh Mohammed bin Rashid Al Maktoum, Vice President and Prime Minister of the UAE, Ruler of Dubai, with the support of UNDP, UNEP and the International Humanitarian City (IHC). It is organised by International Association for Human Values (IAHV) and Art of Living (AOL) with the support of Barclays Bank PLC.

Campaign organisers said registrations are continuing to taking place and the momentum is expected to gather pace as the campaign moves towards its closing phase.

This year’s campaign aims to mobilise and engage UAE residents, collectively and individually, in support of a sustainable environment through two challenges.

To participate and learn more about MISSION GREEN EARTH, go to.