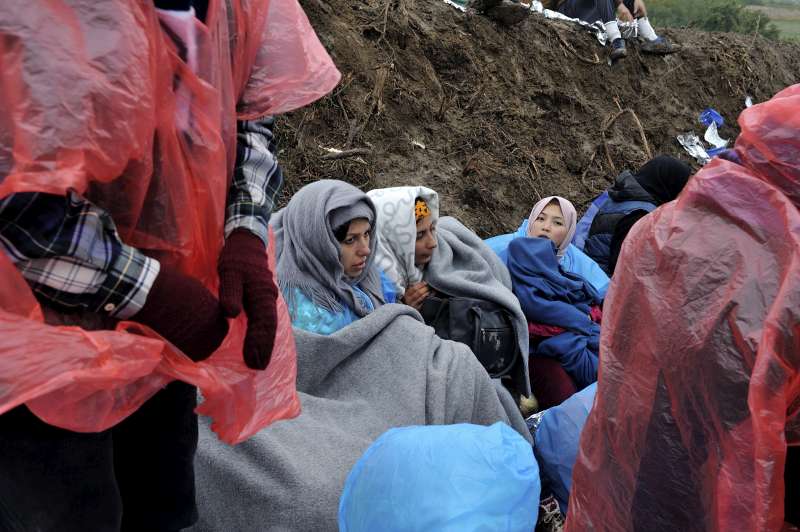 (UNHCR) – The UN refugee agency said today it had begun distributing raincoats, blankets and other relief items to tens of thousands of refugees buffeted by the first winter storms that have already struck many parts of Central and South Eastern Europe, along with freezing temperatures.

The packages are to be distributed to the most vulnerable refugees up to February 2016. Their contents will vary depending on needs and circumstances, but the standard packages include sleeping bags, thermal blankets, raincoats, socks, clothes, and footwear.

The winter plans also include targeted provision of emergency shelters including family tents, refugee housing units and emergency reception facilities, and supporting efforts to improve reception and waiting areas and preparing or adapting them to winter conditions.

UNHCR is also seeking to identify people who might be more vulnerable to the cold, including the elderly and children, both unaccompanied or traveling with their families, and refer them to where they can receive the care they need.

So far this year, more than 644,000 refugees and migrants have arrived in Europe by sea. Thousands making an onward journey by foot, on buses and trains have been exposed to cold and rain at frequent bottlenecks in transit countries.

In Lebanon, where more than half the country’s 1 million plus refugees live in sub-standard shelters, preparations are in full swing to protect the most vulnerable families from possible winter storms. UNHCR has doubled the number of people receiving cash grants for winter in Lebanon this year because of this increased vulnerability among the refugee population.

In neighbouring Jordan, meanwhile, UNHCR’s winter plan will support 229,400 vulnerable Syrians, representing 37 per cent of the population, through cash assistance, provision of relief items, and reinforcing shelters. For urban refugees, it will give cash to allow refugees to buy heating, blankets, clothing, shoes and other items.

In Syria itself, where temperatures dived to -13 degrees centigrade in many parts of the country last winter, UNHCR’s aid programme aims to help almost a million refugees by distributing kits including thermal blankets, extra plastic sheets and winter clothes.

In Egypt, where 128,000 Syrian refugees have sought safety, UNHCR will give a one-off cash grant of US $28 to 48,000 of the most vulnerable Syrian refugees living mainly in Greater Cairo, Alexandria and Damietta to help them survive the winter.

These grants are distributed through the post office system across Egypt, and refugees typically spend the money on buying winter clothes, blankets or electric heaters.