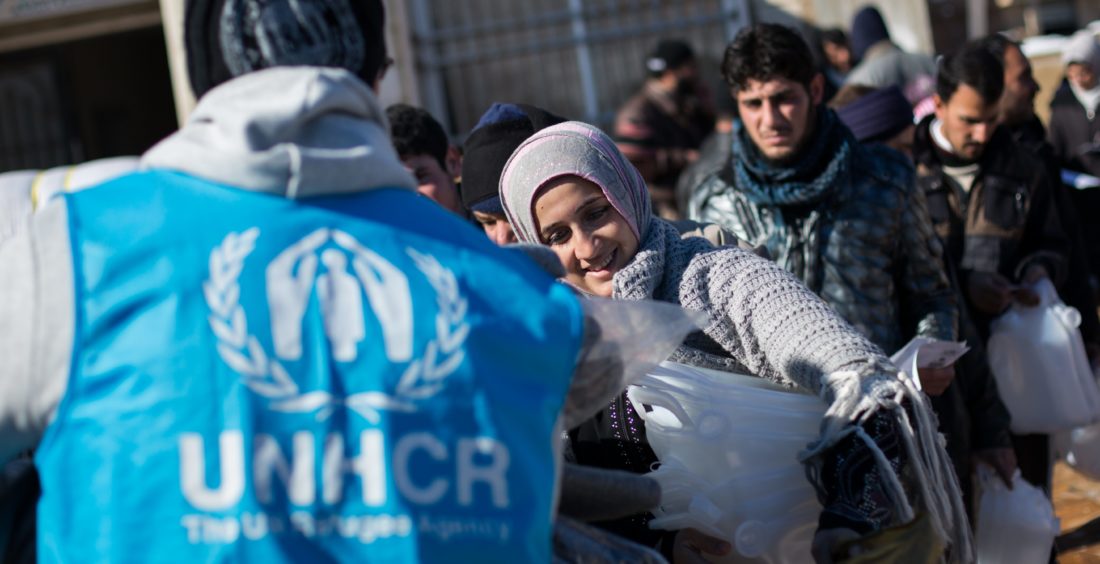 (UNHCR) –The UN Refugee Agency launched a regional winter campaign to protect the most vulnerable refugee families in Lebanon and other neighboring countries from a possible repeat of last year’s winter storms.

Through its online donation platform – http://leben.unhcr.org  – UNHCR aims to team up with individuals in the region who are able to contribute to its winter programme and make a difference in refugees’ lives.

“Our goal is to bring the public in the region closer to the people affected, by offering individuals a simple way to reach out to and support persons in need and make sure that they stay warm this winter,” said UNHCR’s Director of the Bureau for the Middle East and North Africa (MENA) and Refugee Coordinator for the Syria and Iraq situations Amin Awad, “we count on the strong support of every person who is able to help to make this goal a reality.”

UNHCR winter preparations are in full swing to help some 15 million displaced people survive the coming winter across the Middle East, in countries such as Jordan, Lebanon, Egypt, Iraq and Syria where several villages and towns experience repeated waves of snowfall, heavy rain, and strong winds.

Lebanon hosts over one million Syrian refugees; more than half of them live in garages, abandoned buildings, and makeshift tented settlements.

At a time when the vulnerabilities of Syrian refugees in Lebanon have increased by 100 per cent in some areas, UNHCR and partners estimate that 195,000 Syrian families (975,000 people) will suffer from winter and will need assistance to keep warm and dry. Impoverished Lebanese communities are also suffering.

UNHCR has doubled the number of people receiving support for winter in Lebanon this year because of this increased vulnerability among the refugee population.  We are giving four consecutive months of winter grants to more than 161,000 families (800,000 people) starting in November. This will allow refugees to stagger purchases such as fuel for heating.

UNHCR will also provide assistance during the four winter months to vulnerable Lebanese families identified by the Ministry of Social Affairs under the National Poverty Targeting Program.

UNHCR and partners are distributing aid to 100,000 Lebanese and Syrian families (500,000 people), such as weather proofing kits, insulation kits, stoves, heavy blankets, winter clothes, and fuel for schools to help them survive winter.

“Our number one priority is to ensure that the most vulnerable families across Lebanon are well equipped to weather the heavy storms,” she added, “but as the crisis digs deeper into its fifth year, the reality is that there remains a widening gap between humanitarian needs and available funding. We need all the support we can get”.